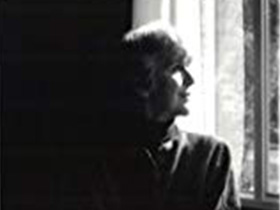 Gothic and romance novelist Millie Ragosta was born in Huntingdon in 1931.

Millie Jane Ragosta has spent most of her life as a successful writer and mother. She was born in 1931 in Huntingdon, Pennsylvania. She has written several and has also written for various newspapers and magazines. At the time of this writing, she lives in Bellefonte, Pennsylvania.

Millie Jane Ragosta was born on March 1, 1931, in Huntingdon, Pennsylvania. Her parents were Chester Earl Baker, a printer, and Meximilla Heck Baker. In 1950, she married Vincent Anthony Ragosta, with whom she had eleven children.

Ragosta attended Huntingdon High School. She wrote her first book, The Lighthouse (1971), at the age of 35, between the births of her tenth and eleventh children. She began writing because it was something that she could do at home while caring for her children. Ragosta has written several novels and has also written for newspapers and magazines, such as Twin Circle Catholic Newspaperand Family Digest. Ragosta wrote Heart Full of Rainbows in 1983 under the pseudonym Melanie Randolph.

Ragosta has used several different genres for her novels. For example, House of the Evil Winds (1973) is a gothic novel, Witness to Treason (1977) is a historical novel, and Sing Me a Love Song (1984), is a contemporary romance.

At the time of this writing, Ragosta lives and writes in Bellefonte, Pennsylvania.