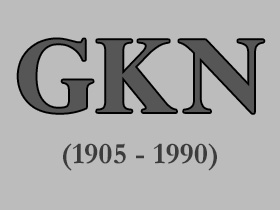 George Nakashima was born on May 24, 1905 in Spokane, Washington. He was a trained architect turned furniture-maker. After being interned during WWII, he set up a studio in New Hope, Pennsylvania, and remained there for the rest of his life. He became prominent within the American craft movement. In addition to receiving honors from the American Institute of Architects, he founded a peace organization that provided an Altar of Peace for each continent. He died on June 15, 1990, in New Hope, Pennsylvania.

George Nakashima was born on May 24, 1905, in Spokane, Washington. He was the first-generation son of Japanese immigrants, Katsuharu and Suzu Thoma Nakashima. Katsuharu Nakashima emigrated from Tottori, Japan. He worked as a manager for the Asia Trading Company in Seattle and later as a journalist. Suzu Nakashima was one of the first "picture brides" to come to the United States. Prior to her marriage, she was an attendant in the court of the Emperor Meiji. Both of his parents were descended from the samurai line. The samurai lineage of his parents greatly influenced Nakashima's work ethic. He developed a love of nature as a boy and enjoyed exploring the forests of the Pacific Northwest. He hiked through the Cascade and Olympic mountains and also attained the rank of Eagle Scout during his high school years. Nakashima was the oldest child and had two younger brothers and one younger sister.

Nakashima attended the University of Washington-Seattle and began to study forestry. He later switched his academic program to architecture and graduated in 1929. His talent for architecture enabled him to gain a scholarship to study in France at the École Americaine des Beaux-Arts in 1928. While studying in France, he won the Prix Fontainebleau for excelling academically. After graduating from the University of Washington, Nakashima enrolled in the Harvard Graduate School of Design. Upon realizing that the program was based on principles from the Bauhaus School and Walter Gropius, he sought to continue his studies elsewhere. This was because the approach of these styles was too theoretical, and Nakashima desired a strong foundation in engineering. He transferred to the Massachusetts Institute of Technology and received a Masters in Architecture in 1930. During the early 1930s, he painted murals for the Pennsylvania state capitol in Richard Brooks's studio and served as an architectural designer with the Long Island State Park Commission and the New York State Government. His murals at the capitol have not been preserved.

He did much traveling. He lived in Paris, France, where he worked part-time for music publisher Yves de la Casinière. He then traveled to Tokyo by steamer, stopping in India and China. While in Tokyo, he joined the firm of architect Antonin Raymond. From 1937 to 1939, Nakashima served as the on-site supervisor for the construction of a dormitory at the ashram of Sri Aurobindo in Pondicherry, Tamil Nadu, India. The dormitory, Golconda, became the first concrete reinforced structure in the country. While on the subcontinent, Nakashima became a disciple of Aurobindo and was given the Sanskrit name Sundarananda, which means "one who delights in beauty."

Nakashima was heavily influenced by spirituality as well as nature when it came to his designs. A great portion of this influence comes from his time spent under Aurobindo's mentoring. Although he was an adherent of the Catholic faith, he considered himself a Hindu as well and jokingly proclaimed to be the world's first "hippie." According to his daughter Mira, "Nakashima's work was a social statement that harked back to the god-centered cathedral-building of Europe's Middle Ages. What he did embodied a message to all modern societies that we must constantly remember the eternal in all that we do." With regard to nature's influence on his work, Steven Beyer declared that "[Nakashima's] ambiguity between form and function is rooted in an awareness that structures-whether furniture, architecture, or sculpture-have an origin, no matter how distanced, in nature." A theme of Nakashima's work is his ability to bridge separate worlds. He brought aesthetics together with precision, form with function, and nature to the industrial setting.

After his stay in India, Nakashima returned to Japan, where he became engaged to an American, Marion Okajima, who was an English language teacher. They sailed back to America and were married on February 14, 1941, in Los Angeles, California. The next year their daughter Mira was born, followed by a son, Kevin, in 1954. Nakashima started working for architect Ray Morin in Seattle, Washington. He also began making furniture in the basement of the Maryknoll Boys' Club. A priest gave him the space in exchange for teaching the young men woodworking. During these years Nakashima's primary career shifted from an architect to that of a craftsman. He received his first commission to create a collection for Andre Ligne, a cosmetics executive. However, the war in the Pacific interrupted Nakashima's burgeoning craft. He and other Japanese-Americans were interned in camps after the attack on Pearl Harbor. From 1942 to 1943, Nakashima and his immediate and extended family were interned at Camp Minidoka in Hunt, Idaho. Nakashima had previously ventured into the realm of furniture-making with his Seattle shop and by building furniture for the dorm in India. However, he began to hone his craft in the camp. While at Minidoka, he met Gentauro Hikogawa, a man who taught Nakashima about traditional Japanese carpentry. Eventually, Nakashima and his family were able to leave the camp under the sponsorship of Antonin Raymond. In 1943, the Nakashima family settled on Raymond's farm in New Hope, Pennsylvania. Nakashima was not allowed to work as a designer at first because of his recent internment; he had to serve as a caretaker of chickens on the farm, while working on furniture pieces at night. In 1946, he was able to establish his own craft-furniture business on Aquetong Road. For the remainder of the decade, Nakashima continued to produce unique designs and receive commissions. In the 1950s and 60s Nakashima enjoyed widespread success and began to hold a prominent spot within the American craft movement. Nakashima's defining pieces were large-scale tables that had smooth surfaces and unfinished natural edges. His style changed very little throughout his lifetime. His use of butterfly and other intricate joints was another signature of his woodworking. Nakashima paid attention to detail and worked on his pieces meticulously. He sought woods that had burls, knots, and figured grain, which lended an element of expressiveness to his furniture.

In June 1952, he received his first major award from the American Institute of Architects when they issued him a Craftsmanship Medal. This medal was the first of two. In November 1959, he gained another Craftsmanship Medal from the Miami chapter of the AIA. In April 1960, he received the Silver Medal of Honor in Design and Craftsmanship from the Architectural League of New York. Additionally, he was awarded the Catholic Art Association Medal in August of 1969. Nakashima did many commissions for churches and other religious institutions during his career.

The only commercial lines Nakashima ever created were for Knoll and Widdicomb-Mueller. Nakashima was weary of the mass production of furniture and felt that it took away from the craftsmanship. Because of his dedication to detail even in the face of a commercial market, Matilda McQuaid stated that he ended up successfully creating "a group of pieces which attempt to fill a lag between mass production and handcraftsmanship."

His furniture lines allowed his influence to spread and secured him a place as one of the most preeminent designers of post-war studio furniture. The creation of commercial lines without exquisite and painstaking detail was antithetical to his philosophy of furniture-making. His woodworking stressed perfection that could only be achieved via laborious hand-crafting and attention to detail. However, furniture lines were commercially mass produced. The furniture lines used Nakashima's designs while Nakashima originals were conceived and created in one integrated process in his rural New Hope studio.

During the 1970s and 1980s, his studio expanded. His daughter, Mira, also joined Nakashima on the architectural side of the business, and his son, Kevin, got involved on the business end. One of his largest commissions occurred in 1974, which is when he was asked to create over 200 pieces for the Pocantico Hills home of New York governor Nelson Rockefeller. In 1979, he was named as a Fellow of the American Crafts Council in New York. Nakashima developed the concept of Altars for Peace. He had a vision where each continent would be provided with an "Altar of Peace." These altars were large scale tables in Nakashima's traditional style.

In May 1980, he was awarded the Silver Plaque Award for the Arts from the Central Bucks Chamber of Commerce. Between the 1950s and 1980s, he became well known, had exhibitions shown all over the world, and pieces displayed in museums. His most prestigious award was the Order of the Sacred Treasure , which he received from the Emperor of Japan and the Japanese government in 1983. In 1989, he became the first artist presented in a series of America's Living National Treasures exhibitions.

While Nakashima's popularity continued to rise, his health declined. He had a stroke in October 1989 and was subsequently placed in a rehabilitation center. He greatly disliked the center and demanded to be taken home. Although he returned to his property to create new pieces, his technical ability in drawing and crafting the wood declined due to the stroke. He relinquished most of his former duties to his daughter, Mira.

George Nakashima died on June 15, 1990, in New Hope, Pennsylvania. At the time of his death, he had been working on rebuilding the Krosnick commission for a couple who lost the Nakashima originals in a fire. One week prior he had been given the award of alumnus summa laude dignatus from the University of Washington. Nakashima had been working right up until his death and had commissions backlogged. The last exhibition during his lifetime was Full Circle, which opened in New York in 1989 and was hosted by the American Craft Museum.

In the wake of his death, his studio suffered. Many orders were cancelled and not many new commissions arose. Posthumous exhibitions failed to generate more orders, and the Nakashima legacy was in danger of ending. Orders became sparse, and the staff at the studio was reduced. In response to the declining orders, Mira Nakashima began to adhere to the stylistic suggestions of clients and develop her own designs.

The Nakashima Foundation for Peace was created in 1995. The foundation expanded on the original idea by creating a fund to include cultural programs about peace to accompany the altars.

Things turned around in 1998 when Nakashima exhibited some vintage originals and some of her own designs at the Moderne Gallery in Philadelphia, Pennsylvania. With this newfound publicity orders began coming in more rapidly, and people began to gain trust that the Nakashima legacy could continue without its founder.

Nakashima was a designer influenced by spirituality and nature. He merged Asian, European, and American styles and gained success at the dawn of a mass-produced society through hand-crafted work. Nakashima's influence is summed up in relation to his place in the modernist movement by Steven Beyer: "His methods of production incorporate both simple hand tools and industrial principles. The organic quality of his forms and his embrace of limited production techniques distinguished his workshop both in aesthetic and commercial terms from that of his American modernist design colleagues."

Nakashima's influence is recognized readily with Antiques and the Arts Online trumpeting that "today the furniture of George Nakashima is one of the most important and growing vintage markets in the U.S." Aibel of the Moderne Gallery asserts that this enduring appeal is due to "Nakashima's eye for great wood, his originality, and his extraordinary craftsmanship."