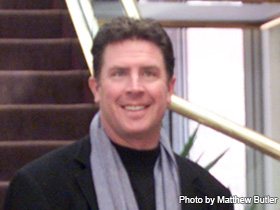 Miami Dolphins quarterback Dan Marino held most of the NFL's passing records by the end of his career.

Hall of Fame quarterback Dan Marino was born in Pittsburgh, in 1961. He was the star quarterback at the University of Pittsburgh and was named on the Kodak All-American Team his junior year. The Miami Dolphins chose Marino as the twenty-seventh pick of the 1983 NFL draft. Marino is considered one of the greatest quarterbacks to play the game of football who has not won a Super Bowl Championship. At the end of his career he held twenty-four NFL records. Marino is now involved in his Foundation to help kids with autism, acting in movies, and broadcasting.

Daniel Constantine Marino, Jr. was born in Pittsburgh, Pennsylvania, on September 15, 1961. He grew up in the Oakland district, a close-knit blue collar neighborhood. Marino was the oldest child of Daniel and Veronica Marino. The family also consisted of two younger siblings, Cindi and Debbie. Daniel Sr. was a truck driver for the Pittsburgh Post-Gazette and worked nights. This allowed him to be around for his son after school and be the coach of the sports Marino played in grade school. Marino went to Central Catholic High School and played both football and baseball. While on the baseball team, Marino's combined batting average for his junior and senior year was .500. The Kansas City Royals drafted him in the fourth round of the 1979 draft. However, Marino turned this offer down because he was an even better football player in high school. Some of his accomplishments included being named to the Parade All American Team. Marino valued the opportunity to get an education and chose to attend and play football for the University of Pittsburgh.

At the University of Pittsburgh, Marino did not get the chance to start at quarterback as a freshman. However, he was lucky because the starting quarterback at the time, Rick Tracano, was injured in the fifth game of the season. The season was now Marino's to have and he continued to start when Tracano came back the next year. Marino did not come into his own until his junior year where he was named to the Kodak All-American Team. That year Marino led all of college football with thirty-seven touchdown passes. One of Marino's greatest accomplishments in college football is the pass he threw at the end of the Sugar Bowl in the 1981 season. Pittsburgh was down by three points with thirty-five seconds left in a fourth and five situation. Marino was able to throw one last pass to tight end John Brown for a touchdown to win the game. The team and Marino's future for his senior season looked bright because they were ranked number one in the nation before the season even started. Unfortunately, they did not play up to expectations, which later led to Marino being taken very late in the NFL draft. He was taken as the sixth quarterback and the twenty-seventh pick by the Miami Dolphins.

The Dolphins had just come off a great season with a Super Bowl appearance. Marino could not have been placed in a better situation for success with a core of talented and veteran players. He was given the chance to prove himself in the sixth game of the season versus Buffalo, due to injury of the starting quarterback. The team was able to rally around Marino and make the game close but eventually lost in overtime. Coach Don Shula liked what he saw in his young rookie and allowed him to start the rest of the games that season. Marino was able to lead the team to the playoffs, win rookie of the year and be the first rookie quarterback to start the Pro Bowl. In 1984, Marino's second season he broke the NFL's single season records for completions (362 of-564), passing yards (5084) and touchdowns (48). This success led the team all the way to Super Bowl XIX, but the team fell short, losing to the San Francisco 49ers. This would be Marino's only trip to the Super Bowl in his career. Marino is considered one of the greatest quarterbacks to never win a Super Bowl. This point is expressed by Gary Myers of the Associated Press who states, "As great as Marino was during his 17 years in the league, his record is not complete because he did not win the Super Bowl."

The true legacy of Dan Marino is the 24 NFL records he held at the end of his career. One of the more impressive stats is that he is the only quarterback ever to throw for more than 4,000 yards in a year, six times. This made Marino a clear cut candidate for the Hall of Fame in 2005 and he was elected in on his first year of eligibility. Dan Marino's number 13 jersey was retired by Central Catholic High School, the University of Pittsburgh and the Miami Dolphins in his honor. In 2000, the Miami Dolphins erected a life-size bronze statue of Marino outside Pro Player Stadium and renamed the street "Dan Marino Boulevard."

Since his retirement, Marino spends time with his wife Claire and their six children. He also started the Dan Marino Foundation for helping children with autism. The foundation was established in 1992, and supports medical research, outreach programs, and treatment for children with autism. In Marino's spare time, he does broadcasting, TV shows, music videos, and movies. His roles in these entertainment programs consist of him portraying himself.