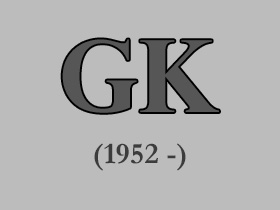 Renowned ballerina and writer of several autobiographies, Gelsey Kirkland was raised in Bethlehem.

Gelsey Kirkland was born on December 29, 1952, in Bethlehem, Pennsylvania. At the age of eight, Kirkland entered the American School of Ballet, and from there, the New York City Ballet, under the direction of George Balanchine. After touring Russia, she partnered with Mikhail Baryshnikov in the American Ballet Theatre. Upon the loss of this partner, she received a new one, leading her career to a halt because of various addictions. After time off, Kirkland made a final return to the stage, ending her performing career for good. She became a writer, teacher, and instructor who resides in Melbourne, Australia.

Gelsey Kirkland was born on December 29, 1952, in Bethlehem, Pennsylvania, to Jack Kirkland and Nancy Hoadley. Her father was a playwright who created many productions, such as Tobacco Road. Through this production of Tobacco Road, he met Hoadley, who played one of the leading roles within a touring company for that particular production. From there, the two married and lived just outside of New York until Jack Kirkland took on the idea of raising a family on a farm in Bethlehem, Pennsylvania, Gelsey Kirkland's birthplace. Because Jack Kirkland had five previous marriages, he had a large extended family that made for a busy household out on the farm. Despite the split of his numerous marriages, the children from these marriages, as well as some of the wives, remained loyal and on good terms with Jack Kirkland, often causing them to remain on the farm as well. Within this extended family, Gelsey Kirkland had an older sister Johanna, a younger brother Marshall, a half-brother Christopher, and two half-sisters, Robin and Patricia. For a good number of Kirkland's early years, approximately from the age of two, she remained speechless to the point where her family began to consider her a mute. Although this was later found out to be false during an incident in which she cried out in the desire for a relative to remain at the farm longer, this set the precedent for Kirkland's life of making a career out of being "seen but not heard."

While growing up, Kirkland engaged in such activities as ice skating and horseback riding, yet these days were ended prematurely due to her mother's overprotective tendencies. In relation to the desire of Kirkland's mother to shield the children under her protection, not only did she remove Kirkland from physical activities, but she also protected the image of her father. Around the age of four, this came into play when the result of her father Jack's lavish spending and dwindling fortunes, built up over his famous playwrights, caused the family to give up the farm and relocate to Manhattan, New York, in Central Park West. After this move, the family there after relocated to three different apartments as the money continued to dissipate, ultimately taking a toll on her father. Jack Kirkland became an alcoholic that suffered from a total of five heart attacks, which also took a toll on the family, Gelsey Kirkland in particular. After watching her father scribble away countless pages of nothing and smelling the alcohol on his breath, Kirkland rebelled in a way that was most familiar for her: not saying a word. Due to this unhealthy environment the family had been placed in, at the age of eight Gelsey was enrolled in ballet school, following in the footsteps of her sister Johanna. Unbeknownst to her mother, she did not envision ballet as a career, yet saw it as a safe activity for her, the same as Christian Science Sunday School, which she also attended. Kirkland's mother took her to an audition at the American School of Ballet, an audition that placed her in the first division of the school.

After being admitted into the American School of Ballet, Kirkland was nowhere near comparable to that of her sister in terms of flexibility, foot type, body type, etc. Kirkland was far less equipped in all of these areas in terms of what is required of a ballet dancer and began working on these particular aspects with extreme intensity. Kirkland began taking extra ballet classes and worked as a model in order to pay for them. Moreover, she quit high school in order to turn her focus toward perfecting her ballet technique. After much dedication, in 1968, at the age of 15, Kirkland was asked by George Balanchine to join the New York City Ballet (NYCB). Soon after, she was promoted to soloist in 1969, and just three years later, to principal in 1972. It was throughout these few years where Balanchine created a piece titled Firebird in 1970, with her as the lead, a piece for which she is highly renowned. Another piece she appeared in alongside her sister was John Clifford's Reveries, and once again took the role as lead in another piece, Jerome Robert's Goldberg Variations, in 1971. Through the NYCB, in 1972 Kirkland went on a tour throughout Russia where she was first noticed by Mikhail Baryshnikov. Just two years later, Baryshnikov inquired about Gelsey Kirkland and asked her to be his partner. In September of 1974, Kirkland left the NYCB and joined the American Ballet Theatre (ABT), becoming principal dancer opposite her new partner, Mikhail Baryshnikov.

Throughout her many years of dancing alongside Baryshnikov, she performed various famous pieces such as Giselle, Sleeping Beauty, and Romeo and Juliet. This soon came to an end when Baryshnikov left the ABT to return to the NYCB in order to follow in the footsteps of Kirkland's former teacher, George Balanchine. As the result of this loss, Kirkland received a new partner, Patrick Bissel, a relationship which sent her career, as well as personal life, into a complete tailspin. Not only had Kirkland had several plastic surgeries due to her underlying unhappiness with her body dating back from the beginning of her career in ballet, but Bissel introduced her to cocaine, leading into another life-threatening condition of anorexia. Yet Kirkland and Bissel were attracted to each other and began to form a romantic relationship solely based on drugs and sex. Their antics caused them to be fired from the ABT, though later they were rehired. Just within these few short years, in 1984, Kirkland's career came to a dramatic halt when she finally collapsed due to what was labeled as nervous exhaustion and potassium deficiency. Through this, Kirkland was forced to leave the ABT and dancing in general.

During this phase in her life, Kirkland met and fell in love with her husband, Greg Lawrence, forming a relationship that was based on support for each of their drug problems and depression. After this time off, along with the growing support from her marriage to Lawrence, Kirkland made one last return to the stage in a debut from her former partner, Baryshnikov's Nutcracker, as well as a few of his other pieces. Kirkland's return was such a hit that she was asked to appear with the Royal Ballet in a Command Performance for Her Royal Highness, Queen Elizabeth II, in 1986. Following this debut back into the limelight, Kirkland and Lawrence together collaborated in writing one of three autobiographies. The first autobiography is titled Dancing on My Grave, published in 1986, which tells her life's story beginning from her birth, leading to her introduction into the life of dance, and continues onto her life of drugs and obsession with body appearance. Following this autobiography came the second one, titled The Shape of Love, published in 1990. This autobiography continues from the first one, detailing her recovery from such drugs and obsessions and her life-after these addictions in London.

After returning to the United States and the ABT with husband Lawrence, Kirkland and Lawrence collaborated on one more book, titled The Little Ballerina and Her Dancing Horse, in 1993. From there, Kirkland retired from dancing, yet remained an instructor and coach. Kirkland herself stated in her autobiography, Dancing on My Grave: I have already seen my grave, my birth place as a ballerina and an artist. Though this season may be my last, the steps continue after the body has been stilled. The dance goes on forever. So shall I. So shall we. Let that be my epitaph, my prayer, my final gesture.

Kirkland divorced Lawrence and remarried with Michael Chernov in 1997. They lived in Australia with their two dogs in their beachfront home, but she did not remain stationary for long. Her passion coupled with Kevin McKenzie's vision to produce the ABT production of "The Sleeping Beauty" where she took on the role of Carabosse, a evil fairy, in 2007.

She and her husband currently live in New York City where they serve as artistic directors of the Gelsey Kirkland Academy of Classical Ballet.