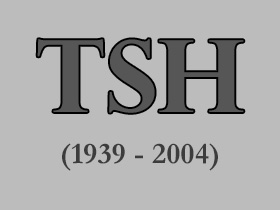 Trina Schart Hyman, born in April 8, 1939, grew up in Wyncote and attended the Philadelphia Museum College of Art to pursue an illustrating career. Along with her work for Little Brown and Company (a publishing group) and Cricket magazine, Hyman contributed illustrations to more than 150 children's books, most notably in retellings of older fairy tales. For Saint George and the Dragon, Hyman won the esteemed Caldecott Medal for illustrating. She died on November 19, 2004, in Lebanon, New Hampshire, near her home in Lyme.

Trina Schart Hyman was born on April 8, 1939, in Philadelphia, the daughter of Albert H. and Margaret (Doris) Bruck Schart. With her sister, Karleen, she and the family lived in rural Wyncote, Montgomery County, where Hyman attended Cheltenham High School and drew for the school yearbook. Developing her talent for drawing, she took weekend classes in Philadelphia. From 1956 to 1959, Hyman studied at the Philadelphia Museum College of Art.

She married mathematician and mechanical engineer Harris Hyman in 1959. They would have daughter, Katrin, in 1963. Spending a year at the Boston Museum School of Fine Arts (1959-1960), Hyman moved to Sweden, studying at the Konstfackskolan (Swedish State Art School) in Stockholm from 1960 to 1961. Editor and author Astrid Lindgren gave Hyman her first commission as an illustrator, and it took her almost five months just to understand the Swedish-written manuscript. Back in the United States, a friend offered Hyman a job to work at Little Brown and Company in Boston. There, editor Helen Jones would become Hyman's inspiration and mentor.

In 1968, Hyman divorced her husband, Harris Hyman, and moved with her daughter Katrin to Lyme, New Hampshire, where she resided for the rest of her life. She served as an art director, and later a staff artist, for the children's literary magazine Cricket from 1972 to 1979, receiving various contracts and illustrating for a wide variety of texts. While at Cricket, she created characters like Cricket, Ladybug, Ugly Bird, and Everybuggy Else.

Her illustrations in many children's books have received wide acclaim. Rosalie Byard of The New York Times Book Review lauds Saint George and the Dragon, for which Hyman won the Caldecott Medal in 1985: The pictures resemble illuminated manuscript. Each page of text is framed with geometric borders decorated with beautifully detailed drawings of English flowers combined with motifs that both evoke the Middle ages and refer to images in [Edmund] Spenser...Facing the pages of text are full-page pictures that spill over the border frames. The dragon in full action virtually bursts off the page. Commenting on Canterbury Tales (winner of the Boston Globe-Horn Book award for illustration in 1993), Mary M. Burns of The Horn Book Magazine notes that Hyman's illustrations "are equally authoritative [as the author]—as if her participation in this book was predestined. Her portraits of the selected narrators are in the grand tradition, for she captures the nuances of the personalities as if they were as familiar as neighbors. Costumes and settings are meticulously executed yet, like the texts, are readily understood by a contemporary audience." Ilene Cooper from Booklist praises Hyman's work in Hershel and the Hanukkah Goblins (which won a Caldecott honor designation in 1990) for its atmospheric novelty as a holiday book, describing that "this is a story whose essentials—cleverness, bravery, and other worldly happenings—always attract readers. Using dark wintry colors, Hyman creates an appropriately gloomy landscape for what could be a truly chilling story...Hyman's human characters, however, are strongly delineated, as always, and the story as a whole is a fresh addition to holiday shelves."

Hyman has also been honored numerous times by the New York Times' Best Illustrated Books of the Year lists. She won five honor book awards from the Boston Globe-Horn Book for illustration, as well as a citation from the School of Library and Information Science of Drexel University and the Free Library of Philadelphia in 1993. Hyman's most remembered accolade won the Caldecott Medal for her illustrations for Margaret Hodges's adaptation of Saint George and the Dragon (1984) and Caldecott honors for three other works. Her paintings are displayed in the American Institute of Graphic Arts Book Show and the Children's Book Showcase. At her acceptance speech for the Caldecott medal, she passionately explained the art of illustration in looking at the world differently: One of the nicest things about being an artist is the ability to see things a little differently, a little more carefully, perhaps a little more imaginatively, than most other people do...To be able to see the possibilities in things; to see the magic in them, to see what it is that makes that thing inherently itself. And then, sometimes, to go beyond the surface of the thing and see what it is that the thing wishes to become: the cities that live in clouds, the landscapes that become human bodies, the human face that becomes an animal, the tree that becomes a woman.

Even after winning the Caldecott medal and three subsequent Caldecott honors, however, Hyman told The Boston Globe that "I realized that I was drawing the same figure over and over again, because I don't work from photographs or models when I do my illustration; it's all from my head...So I thought I was not only in a rut as far as my creative output, but I also just hated my work." She would turn to painting models towards the end of her career, explaining that such a hobby was more personal compared to contracts for illustrations. Concerning her career as an illustrator, she continued to tell the Globe that "it can be just as frustrating, exhausting and stressful as working in a bank. It's more so because you're laying yourself open. It's your soul that you're laying out on the table, and you've got to learn how to do it so that you satisfy everybody...yet survive inside yourself."

At 65, Hyman died from breast cancer on November 19, 2004, in Lebanon, New Hampshire, near her home in Lyme. As an artistic contributor to more than 150 books, Trina Hyman remains best known for her illustrations of classic folklore and fairy tales such as those of the Brothers Grimm, incorporating a blend of realism and fantasy for children readers. Summarizing Hyman's skill of picture storytelling, Jill P. May of Children's Literature Association Quarterly writes: Hyman is not afraid to reach back into such childhood fantasies, in order to create a romantic world of happily-ever-after stores; nor is she afraid to evoke and reinterpret the work of other illustrators who have influenced her, or to use the faces of friends and family members in her picture. In a sense her pictures order the old tales she illustrates in a new way. Her art is an electric, emotional medium that creates a new understanding of the real world by reinterpreting the elements of old world folklife. Particularly in her visual interpretations of folk tales, Hyman creates her own personal drama.

Children (as author and illustrator)