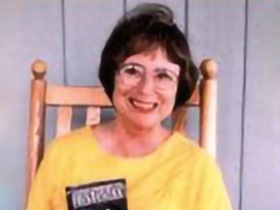 Philadelphia-born Lois Duncan dropped out of college to pursue a writing career that began at an early age. With Ransom, Duncan solidified her talent as a suspense novel author whose protagonists are high school teenagers. In 1989, Duncan’s daughter, Kaitlyn, fell victim to a drive-by shooting, about which Duncan raised much public awareness via two nonfiction novels about the experience. Read more here.

Lois Duncan was born in Philadelphia in 1934.She was raised in Sarasota, Florida with her younger brother, Bill, by well-known magazine photographers Joseph and Lois Steinmetz. She discovered her writing talent at a young age, encouraged by her parents though not pursuing other suggested hobbies with much enthusiasm. Even before her teenage years, at age ten, she began writing for and contributing to magazines, selling her first stories at 13. Her many contributions awarded her enough funds for Duncan to buy her own car at 16. Attending Duke University in 1952, she found it difficult to adapt to a work environment which did not offer the same level of privacy, amenities, and comfort as did her childhood environment as a writer. Feeling disconnected from her abilities, she left school after one year to seek marriage.

Debutante Hill (1958), Duncan's first attempt at a love story for teenagers, was first rejected by Dodd, Mead and Company's Seventeenth Summer Literary contest, due to one character drinking beer. Changing the beverage to Coke, Duncan won the contest, having Debutante Hill published as her first novel at the age of 24. After divorcing her first husband, Duncan moved to Albuquerque, New Mexico in 1962, teaching journalism at the University of New Mexico. There, she eventually earned her masters degree. In 1965, she married electrical engineer Don Arquette, having five children and soon returning to writing teenage novels.

Not feeling restricted to the themes or by the censorship of the 1950s, as with Debutante Hill, Duncan pursued more frightening scenarios for readers. In 1968's Ransom, five teenagers are kidnapped by a school bus driver. Her publisher initially refused it, but the novel received the runner up position for Edgar Allan Poe award and other critical praise. Ransom firmly established Duncan as an author of teen suspense novels. Her novels usually deal with high school students, especially women, suddenly overcome by forces which threaten their normality, often including supernatural events. She wrote to an audience of readers influenced more by television than novels, so as to provide instant entertainment and not too much introduction and exposition, as is the case with her follow-up novels, Killing Mr. Griffin (1978) and Stranger with My Face (1981).

Such novels usually followed a standard format: a 16 or 17-year-old girl, not the prettiest or most popular, becomes torn from her stable life in a series of events happening completely outside of her control, and so she joins a male love interest to avert further crises, restoring order, all the while keeping it a secret and maturing with knowledge and responsibility for what has passed. Daughters Eve, however, deals with 10 gullible young women slowly drawn into misbehavior and evil because of the misguided teachings of a newly-arrived feminist instructor, where no central protagonist exists and where the characters are seemingly, as the book says, "sprung from the pen of Louisa May Alcott, products of an earlier era when men spoke and the women in their lives leaped to obey." For this theme of unsettled chaos, Daughters Eve is regarded by some as Duncan's most chilling work of fiction. Kirkus Reviews, however, referred to the story as "manipulated melodrama. Duncan takes care to maintain an ideological balance with her offending males and her twisted feminist, but both sides are too heavily drawn to hold up."

Tragedy struck in Lois Duncan's life when on July 16, 1989, her youngest daughter, Kaitlyn Arquette, 18, was murdered in Albuquerque, chased down by a man in a Chevy Camaro and shot twice in the head while on her way to visit a new girlfriend's home. The murder eerily paralleled a similar instance in Duncan's own Don't Look Behind You, written a month before. Three men were arrested, none of whom were charged. Duncan published a nonfiction work entitled Who Killed My Daughter? (1992), which recalled her ordeal, in hopes that someone will step forth with information. Private investigators learned that Kaitlyn planned on breaking up with boyfriend Dung Ngoc Nguyen, who was involved in an insurance fraud scam, and that a Vietnamese gang may have been involved. The book was nominated for teen reading awards in nine states. Since then, Duncan appeared extensively on various television news outlets, offering a $25,000 reward for information leading to the suspects, and forming a website to spread public awareness and petition the local police to re-investigate the murder. In 1999, Lois Duncan said, "We assumed in the beginning that police would solve the case because that's what they do...Now, if anything, we have irritated them very badly. We stick in their craw." Despite the outcry, Albuquerque's Cold Case Squad considers the case closed.

The family moved out to the West Coast, where Duncan edited collections of suspenseful short fiction and continued writing before moving again to North Carolina. In honor of her work in adolescent literature, Duncan was awarded with the Margaret A. Edwards Award in 1992, followed by the Pennsylvania School Librarians Association Award in 1998. 1997's Gallows Hill provided a return to Duncan's well-known format for suspense stories. In 1995, Duncan co-wrote Psychic Connections: A Journey into the Mysterious World of Psi, concerning explanations for various psychic phenomenon. For her works, there have been TV adaptations of Summer of Fear and Killing Mr. Griffin, as well as a movie adaptation of I Know What You Did Last Summer, though Louis Duncan was displeased with the results and criticized it as a slasher-murder film for its indulgence of violence. "It's not just like I'm real picky," Duncan explained, "This (film) simply made statements that were upsetting to me, by trivializing violence and making murder seem like a game, which was not true to the spirit of my book." Duncan respected the adaptation, though, hoping it would increase awareness about Kaitlyn's death. In an interview with the Christian Science Monitor, Duncan warned of proliferating violence in the video age, emphasizing that "Kids need to see that violence has serious ramifications, they need to see the pain it causes...Death is not real to many kids. They can see these same actors come right back in another movie, creating the sense that it's all just a game."

Lois Duncan remains best known for her teen suspense novels, involving high school students having their lives turned upside down by tragic events, mixed with various supernatural elements therein, novels which remain popular with youngsters and adults alike. As Miranda Scwarz notes in the Chicago Tribune, Lois Duncan's works primarily deal with an examination of examining "the metamorphosis of evil from simple prankishness to intentional harm."

In 2009, Duncan's book Hotel for Dogs was created into a movie starring child actress Emma Roberts. Also in 2009, and later in 2010, Lois released sequels for Hotel for Dogs, entitled News for Dogs and Movies for Dogs.